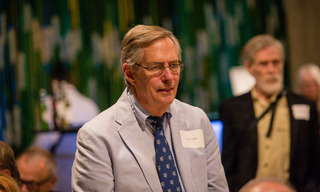 (Linked flyer, discount offer, and review by David Healy in The Times Higher Education) This book describes how a large institute (51 labs) devoted to developing better medicines for patients provides a public health model works without patenting any of its discoveries or new uses in an open-science, collaborative, self-critical style at much lower costs with data transparency than commercialized research.

THE RISKS OF PRESCRIPTION DRUGS ($15, Columbia University Press) has short chapters for general readers and students about how drugs have become a leading cause of death, disorders, accidents, and hospitalizations.
Kindle or Nook Paperback $15.00 167 pages Hardcover $46.00

1. "Most new drugs are 'life-saving' and must be rushed to patients who need them."

a. Most new drugs not for life-threatening conditions. Perhaps 10 percent.

b. Independent reviewers judge about 90% new drug products as clinically little or no more effective or safe than existing drugs. Consistent pattern for 40 yrs

2. "The FDA screens out unsafe and ineffective drugs. Approved drugs are safe and effective."

a. Better than placebo means new drugs may be less effective than existing ones. Often, little useful evidence for prescribing or how new drugs compare to others.

b. "Non-inferior" means new drugs are no worse than -20% the comparator drug. No useful evidence on how superior new drugs are, if they are.

c. Evidence on risks of harms in minimal. Company trials designed to minimize evidence of harms.

d. Most evidence is based on a carefully chosen, ideal population most likely to benefit and not have adverse reactions. Real patients and real patterns of use usually less beneficial and more harmful.

e. Since 90% of new drug products are little or no better, they cannot be safe.

f. Are the FDA and EMA proliferating ineffective, unsafe drugs?

3. An epidemic of harmful side effects (with few offsetting benefits).

a. Properly prescribed drugs are a leading cause of death. About 113,000 deaths a year in the U.S., just in hospitalized patients.

b. Drugs cause about 2.5 million serious reactions and 1.7 million hospitalizations a year in the U.S.

d. Drugs are a major cause of falls, accidents, anti-social behaviors.

e. Risks of harm increase through the cascade effect of taking multiple drugs.

4. Market is flooded with new drug products of little or no advantage that consume 80% of increased pharmaceutical costs.

a. A self-reinforcing syndrome: high prices, protected by government from free market competition, fund the development of these drugs and their costly marketing, which generate more revenues to develop more of these drugs.

5. “US prices have to be high to recover $2.9 billion in R&D costs per new drug and recover what lower prices abroad do not recover.”

a. The $2.9 billion figure is inflated by unverifiable R&D costs which companies have strong incentives to inflate from the start. Half the “costs” are estimated profits that companies would have made if they had not invested in R&D for new products vital for their survival. Another half are costs subsidized by taxpayers. In addition, the $2.9 billion estimate is based on the most costly 20 percent of new drugs but attributed to all drugs – a three-fold distortion. Just these three factors mean that net, corporate costs are usually low. Another third of the total comes from backing in an estimated large amount for the unknown cost of discovery. And there’s more… See “Demythologizing the high costs…”

b. The BMJ article “Foreign free riders…” drew on data from the National Science Foundation, companies and government to conclude that companies earn back all expenses and make a profit at Canadian and European prices. US high prices simply make extra profits from government protections from free-market competition.

c. The USA is the primary market where drug companies raise prices each year on last year’s models because they are protected from free-market competition.

e. Cancer drugs should be relatively cheap. First, most R&D is paid directly or indirectly by the public, not companies. Second, trials are smaller and shorter than for other drugs. Third, in most cases we have no verifiable evidence that manufacturing costs are higher. Why, then, are cancer drugs priced higher than statin drugs? Many cancer drugs cause serious harms and provide little additional benefit, with exceptions.

+++++
Donald Light is a professor of comparative health care at Rowan University School of Osteopathic Medicine. He is an economic and organizational sociologist who compares health care systems and analyzes health care policies. He has written about the history and dynamics of health care markets and health care insurance, countervailing powers, the medical profession, immigrants and health care, and global justice.

As a founding fellow of the Center for Bioethics, Light is concerned about the high prices of medicines and barriers to their access. His research aims to provide a demythologized, more realistic account of costs, relative effectiveness and harms, and innovation than is promoted by commercial interests and sponsored academics. He is concerned that current incentives, laws, and regulations encourage companies to develop many new drugs with few advantages, rather than focusing on really superior new drugs.

GLOBAL JUSTICE AND VACCINES FOR THE POOR

The net cost for researching, testing and manufacuturing Western vaccines, after subtracting all public subsidies, is much smaller that what the US and Europe are agreeing to pay for them. This makes them unaffordable to many middle and lower income countries and impedes treating the global pandemic.

Estimated Costs of R&D for Rotavirus Vaccines
Costs much lower than claimed and recovered in 18 months; so price can be low & profitable.
Saving the AMC - and GAVI
The pneumococcal AMC needs changes to avoid sinking GAVI
ADVANCED MARKET COMMITMENTS: CURRENT REALITIES AND ALTERNATE APPROACHES. (click)
The only history of this global policy tool and why we need to use open design to do it better.
Is the G8 putting profits before the world’s poorest children? (click)
Two-thirds of $1.5 bn donated by taxpayers will go to extra profits rather than to saving poor children if the pneumococcal AMC is used
Making Practical Markets for Vaccines
Advanced Market Commitments to encourage new vaccines for the poor are impractical, too expensive, and benefit the Big Four more than poor children

Darrow, Jonathan and Donald Light, “Beyond The High Prices Of Prescription Drugs: A Framework To Assess Costs, Resource Allocation, And Public Funding,” Health Affairs 2021, vol. 40, No. 2:281-88.

Corporate R&D costs for new drugs in the U.S. are reduced by a large number of taxpayer-paid subsidies. They are further reduced by "pull" subsidies built into patents and insurance.

This overview first considers and revises the economic theory of 'lemons', that is products like cars and drugs in which sellers know about hidden flaws and risks of harm but do not disclose them to buyers. The authors then describe how incentives and institutional practices reward companies for producing more 'lemons'. The market for more drugs with hidden risks and flaws is likely to flourish.

Institutional Corruption and the Myth of Safe, Effective Drugs
Explains how the FDA has become institutionally corrupt so that 90 percent of new approvals provide few or no advantages, and drugs are the 4th leading cause of death.
BMJ "Pharmaceutical R&D: What do we get for all that money?"
High prices and little added value characterize most new drugs. The industry turns out articles on the so-called innovation crisis but we prove there is none. Rather, a hidden business model leads to scores of minor variations.
A Trio of Short Critiques of the FDA
1. "The FDA's new clothes (for safer drugs): tattered, missing sleeve, torn pocket...
2. "Why do cancer drugs get such an easy ride? Many trials allowed that lack basic features for clear evidence of benefits or harms.

3. "Serious risks for few new benefits from FDA-approved drugs" That's what the FDA gives us.
Serious Risks and Few Benefits from FDA-Approved Drugs
The Risk Proliferation Syndrome behind Prescription Drugs
Pulls together the syndrome of practices, laws, and rules that are maximizing harmful side effects from new drugs that usually provide few or no off-setting benefits.
Presents evidence of an epidemic of adverse reactions that have made prescription drugs the 4th leading cause of death, tied with stroke.
Data Exclusivity with no benefits
A detailed account of extending data exclusivity without credible evidence it increases innovation. A costly protection from free-market competition
"Why do cancer drugs get such an easy ride?"
Rushed approvals result in a poor deal for both patients and cancer research. While regulators claim they approve major advances, independent evidence documents flawed, biased, and incomplete evidence so that no one can know if most help cancer patients. Accelerated reviews and easy-ride quasi-evidence reward more research for more drugs with little evidence of benefit.
Epidemic of Adverse Side-effects
Although prescription drugs are a major health hazard and leading cause of death, sociologists and epidemiologists fail to mention or study them.
Review of Deadly Medicines And Organised Crime: How Big Pharma Has Corrupted Healthcare By Peter C. Gøtzsche
Describes this readable, deeply researched book by one of Europe's authorities on evidence about the effectiveness and risks of new drugs.
"MARKET SPIRAL PRICING OF CANCER DRUGS"
Companies are spiraling up high prices, not because of costs or better value, but because they can get away with it, only the USA.
Health Affairs review of PHARMAGEDDON
Insights in to how drug companies have been transforming illness, diagnosis, the role of doctors, and treatment, away from clinical pathology to risks by numbers.
THE RISKS OF PRESCRIPTION DRUGS (click)
Prescription drugs are less effective and more dangerous than patients or physicians think
Demythologizing the High Costs of Drug Research
Cost of research per new drug is much lower than claimed
"The Inverse Benefit Law"
How drug marketing undermines patient safety and public health
"Foreign Free Riders drive up US drug Prices" - myth
Provides evidence that research and other costs are recovered at European prices. Higher US drugs prices go largely to more marketing and profits.
Harvard Professors Violate Ethical Standards
Three Harvard professors violated nearly every standard when we questioned the Tufts-DiMasi high estimate of R&D costs.
Commercial influence on Medical Journal Editors
While medical journal editors work hard to minimize commercial bias in research articles that can threaten their reputation and trustworthiness, editors need to consider commercial influences on themselves, like revenues from reprints of positive results and advertising. These could be significantly reduced.
Global Drug Discovery: Europe is Ahead,” Health Affairs – web exclusive
The Foreign Free Rider claim is a myth. Dollar for dollar, Europeans have discovered more global new drugs than Americans
Basic research funds to discover important new drugs: Who contributes how much? (click)
84% of all funds to discover new drugs comes from public sources

GOOD PHARMA: the Public Health Model of the Mario Negri Institute
Describes how a large institute (51 labs) devoted to developing better medicines for patients provides a public health model works without patenting any of its discoveries or new uses in an open-science, collaborative, self-critical style at much lower costs with data transparency than commercialized research.